Dr. Schär and its partners have presented the findings of the Re-Cereal research project at the AREA Science Park in Trieste. Around 100 representatives of international coeliac disease associations, journalists and nutritional specialists participated in the final conference held from 21 to 22 March in order to learn more about the nutritional and agricultural potential of the gluten-free cultivars oats, millet and buckwheat. The goal of the research is to revive the cultivation of the cereals and pseudo cereals in the alpine region, study high-performance varieties and develop gluten-free foods. 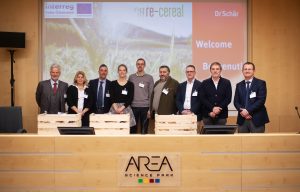 The traditional cereal varieties oats, millet and buckwheat offer particular potential for a healthy gluten-free diet. The researchers in the 30-month Re-Cereal research project focused particularly on 10 different buckwheat varieties and 12 millet varieties, studying the genetic, agronomic and nutrition-science-related properties. The project was led by Dr. Schar and conducted in collaboration with geneticists, chemists, agronomists and food scientists. The research was funded by the European Regional Development Fund and Interreg V-A Italy-Austria 2014-2020. The project results were very positively received at the conference.

Three millet and two buckwheat varieties have particularly high agricultural potential, a finding presented by Prof. Stefano Marchetti of the University of Udine who worked on the genetic optimization of the cultivars. Manuel Pramsohler of the Laimburg Research Centre and Prof. Fabiano Miceli from the University of Udine also identified certain millet and buckwheat varieties that have significantly better yields, weight and maturity. In terms of nutrition, millet and buckwheat’s gluten-free properties make them interesting, while also offering antioxidant properties. The project research also showed that selected varieties of the pseudo cereal buckwheat are particularly rich in rutin, a secondary plant metabolite, and glycoside, which offers antioxidant properties. 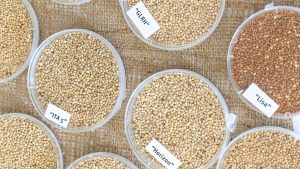 Ombretta Polenghi and Luca Ciali from Dr. Schär’s Research & Innovation team studied approaches for optimizing the development of gluten-free foods. An organoleptic study conducted in the context of the project highlighted the fact that consumers are clearly able to distinguish between the consistency of buckwheat and millet products. At the conference the participants had the chance to see for themselves: In the organoleptic room, they were able to taste different products prepared from buckwheat and millet.

But how will the research results be used in practice? True to its company statement ‘Innovating special nutrition’, Dr. Schär will incorporate the project results directly in the further development of gluten-free products.